Mina Nouri had her fourth solo show at Iran-America society, gallery 2 in April 1978. This show encompassed seventeen oil paintings on canvas, two of which belong to the permanent collection of Tehran Contemporary Museum of Art. The eight remaining ones are being exhibited once again at Emkan after more than four decades.
In these canvases, we are faced with people arising from the very heart of the society of the time, all seemingly deformed under the pressure of invisible forces. The painter conveys the simplicity, rejection, and misery of these people more and more with her conscious, intentional choices - choices such as using flat forms and surfaces, coloring, or putting figures on an almost monotonous background, which makes them look out of context and imposed. With such an exemplar delicacy and exactitude, Mina Nouri brought them on the canvas in a way that each can open the door to a peerless, unique world and narrate its different life. 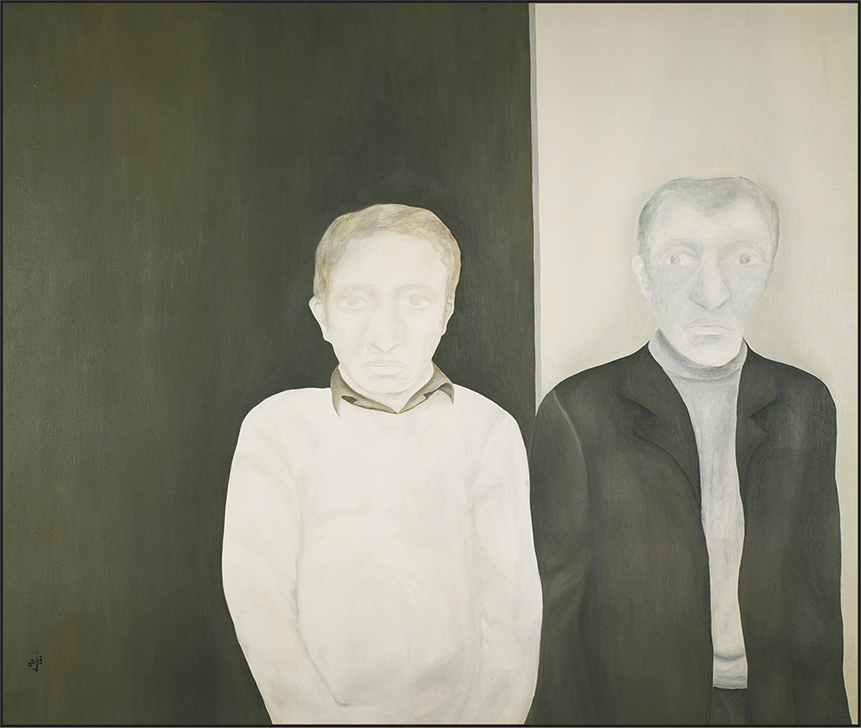